The Official Blog of Comic Heroes

Clipping coupons may save you money but in comic books that was a terrible idea!

The book was missing a coupon out of the back cover and had a coupon on both sides. Since it is in an off-while area, my options for repair were limited. If it was available on a worthless book I could have considered grabbing the coupon from another book and hoping the off-white matched.

I could also have considered printing off the double sided coupon but the off-white would have been even more unlikely to match. The printer cannot print off-white, instead it creates the illusion of off-white by relying on the white paper itself and then using a combination of yellow, red and blue dots. Besides the drawback of the off-white there is another issue I have with doing it that way. While it would be hard to notice in a picture or scan, in hand a graft would be very noticeable and due to alignment issues would have had to be two pieces stuck together.

The basic premise goes as follows, Leaf cast new paper where the coupon is missing, color touch the paper so it matches the rest of the off-white paper and then apply some type of ink transfer to the leaf casted color touch paper to create a seamless affect the would feel like the real thing even when running your fingers over it and have natural flexibility. 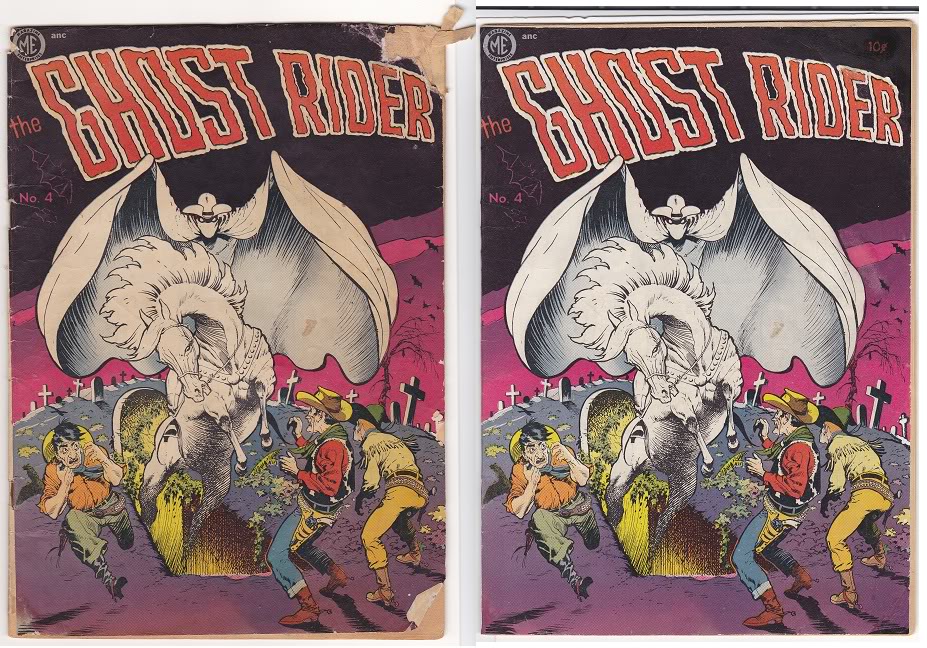 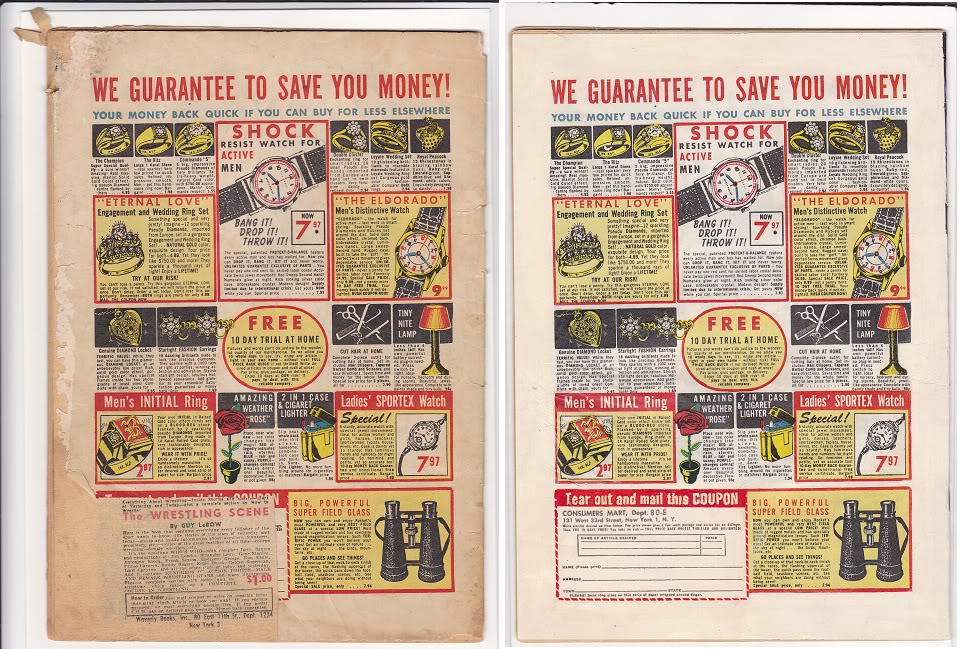 I also had to do some leaf casting to the page corners using vintage paper and match it as closely as possible. 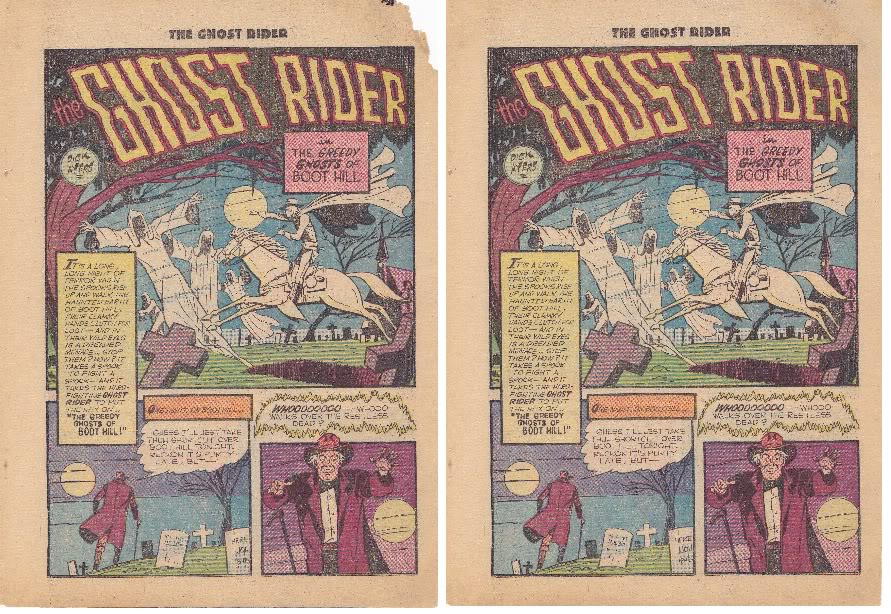